Sorry, everyone, it appears that Facebook is having difficulties and the official Bill Anderson Facebook page has been disabled!  As soon as we get Bill’s Facebook page up and running again we will let you know when the next chat will be.

Of course, we are disappointed but we hope to get the issue resolved soon!

Bill spent March 26th with Fans and host Adam Wurtzel on Youtube during the premiere of “Hosts at Home”!Check out the episode as well as the chat between Bill and the fans as they talk about the shows The Better Sex, Fandango, Match Game, Password Plus, Tattletales, and lots more! Head to Youtube Click Here 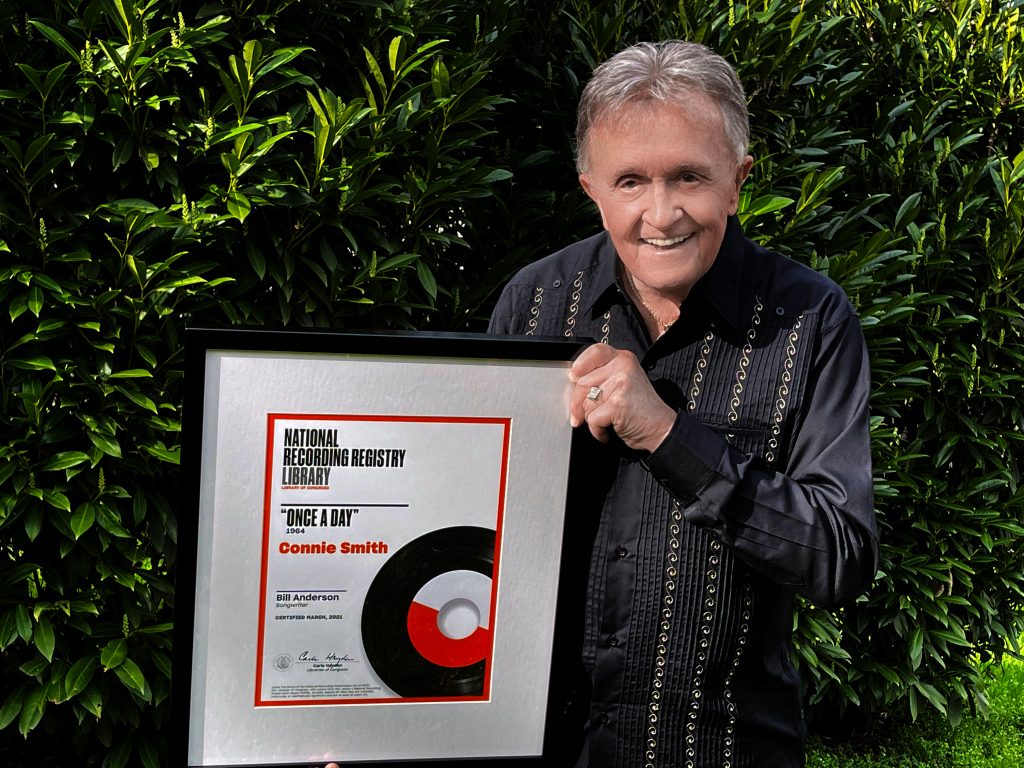 Whisperin’ Bill Anderson‘s prolific songwriting has been recognized with membership into the Country Music Hall of Fame, Songwriters Hall of Fame and Grand Ole Opry and awarded him with more than 50 BMI Awards, three CMA Awards and two ACM Awards. Anderson earned a spot in history as the only songwriter in history to chart country songs in seven consecutive decades. Now, the National Recording Registry is recognizing Anderson’s songwriting as “Once a Day,” recorded by Connie Smith, joins other groundbreaking sounds of history and culture in the National Recording Registry of the Library of Congress. “Once A Day” is being inducted alongside Louis Armstrong’s “When the Saints Go Marching In,” Labelle’s “Lady Marmalade,” Nas’ “Illmatic,” Kool & the Gang’s “Celebration,” and Kermit the Frog’s “The Rainbow Connection.”

“I had the honor of performing at the Library Of Congress in 2015, and while I was there I was privileged to get to see some of the songs housed in the National Recording Registry,” shared Anderson. “I saw songwriter names like George Gershwin and Irving Berlin, and now to think that my name will be there alongside those legendary composers is mind-boggling. I am thrilled that Connie Smith’s record and my little three-chord country song …written in the front seat of my car at a four-way stop sign in the Nashville suburbs…is being honored in such a remarkable fashion.”

Librarian of Congress Carla Hayden today named 25 recordings as audio treasures worthy of preservation for all time based on their cultural, historical or aesthetic importance in the nation’s recorded sound heritage.

“The National Recording Registry will preserve our history through these vibrant recordings of music and voices that have reflected our humanity and shaped our culture from the past 143 years,” Hayden said. “We received about 900 public nominations this year for recordings to add to the registry, and we welcome the public’s input as the Library of Congress and its partners preserve the diverse sounds of history and culture.”

The recordings most recently selected for the National Recording Registry bring the number of titles on the registry to 575, representing a small portion of the national library’s vast recorded sound collection of nearly 3 million items.

Connie Smith has been called one of the most underrated vocalists in country music history. And she’s greatly admired by her peers; Dolly Parton once said, “There’s only three real female singers: Barbra Streisand, Linda Ronstadt, and Connie Smith. The rest of us are only pretending.” Smith’s rise to that level of admiration began with her very first single, “Once a Day,” written by Anderson who was already successful, both as a singer and a songwriter, when he heard Smith at a talent contest. He helped her get a recording contract and, for her first session, wrote “Once a Day,” an achingly sad song about a jilted woman who misses her lover only “once a day, every day, all day long.” Recorded at RCA’s famous Studio B in Nashville, Smith was backed by session musicians and members of Anderson’s band, The Po’ Boys, including one new player, steel guitarist Weldon Myrick, who would go on to become a Nashville legend himself. Producer Bob Ferguson wanted the steel guitar to be right up front and Myrick delivered, so much so that Smith credits Myrick with “creating the Connie Smith sound.” “Once a Day” was Connie Smith’s biggest hit and became her signature song.

Some registry titles have already been preserved by the copyright holders, artists or other archives. In cases where a selected title has not already been preserved, the Library of Congress Packard Campus for Audio Visual Conservation works to ensure that the recording will be preserved by some entity and available for future generations. This can be either through the Library’s recorded-sound preservation program or through collaborative ventures with other archives, studios and independent producers.

The Packard Campus is a state-of-the-art facility where the nation’s library acquires, preserves and provides access to the world’s largest and most comprehensive collection of films, television programs, radio broadcasts and sound recordings (loc.gov/avconservation/). It is home to more than 7 million collection items.

The Library of Congress is the world’s largest library, offering access to the creative record of the United States — and extensive materials from around the world — both on-site and online. It is the main research