There’s nothing like a good late summer vacation to get a guy ready for fall, and you can tell from the first picture here that I was taking advantage of my time away last month. There was an ocean nearby (a week before Ian came calling, thankfully) sandy beaches for sitting (and walking occasionally), and too many good restaurants to mention. I came home refreshed and ready to pick up a big ol’ heavy pencil and get back to writing songs. The second picture shows me and my dear friend and co-worker, Terry Choate, taken one of the last times I appeared on Larry’s Country Diner. Terry was a production assistant on that show as well as on Country’s Family Reunion, and we worked together closely for well over 30-years. Terry believed in me as a songwriter even when I stopped writing back in the 80’s, and he encouraged me to start writing again by producing new demos on some of my old songs. One of those demos was “The Tips Of My Fingers,” which led to Steve Wariner’s 1992 #1 recording of a song I had written in 1960. Terry passed away last month, and I can’t help but remember what a great guy he was and what an impact he had on my life and my career. Rest in peace, my friend, and thanks for the memories. The third picture here was taken when I visited my friends at “Coffee, Country, & Cody” recently to talk about my duet with Dolly. The show, heard on WSM Radio and seen on Circle TV, originates from the Opryland Hotel where my granddaughter, Caroline, works in hospitality. She snuck away from her desk long enough to come hang out with PawPaw and the gang…but don’t tell her boss. L. to R. announcer, Charlie Mattos, yours truly, Caroline, co-host Kelly Sutton, and Bill Cody. 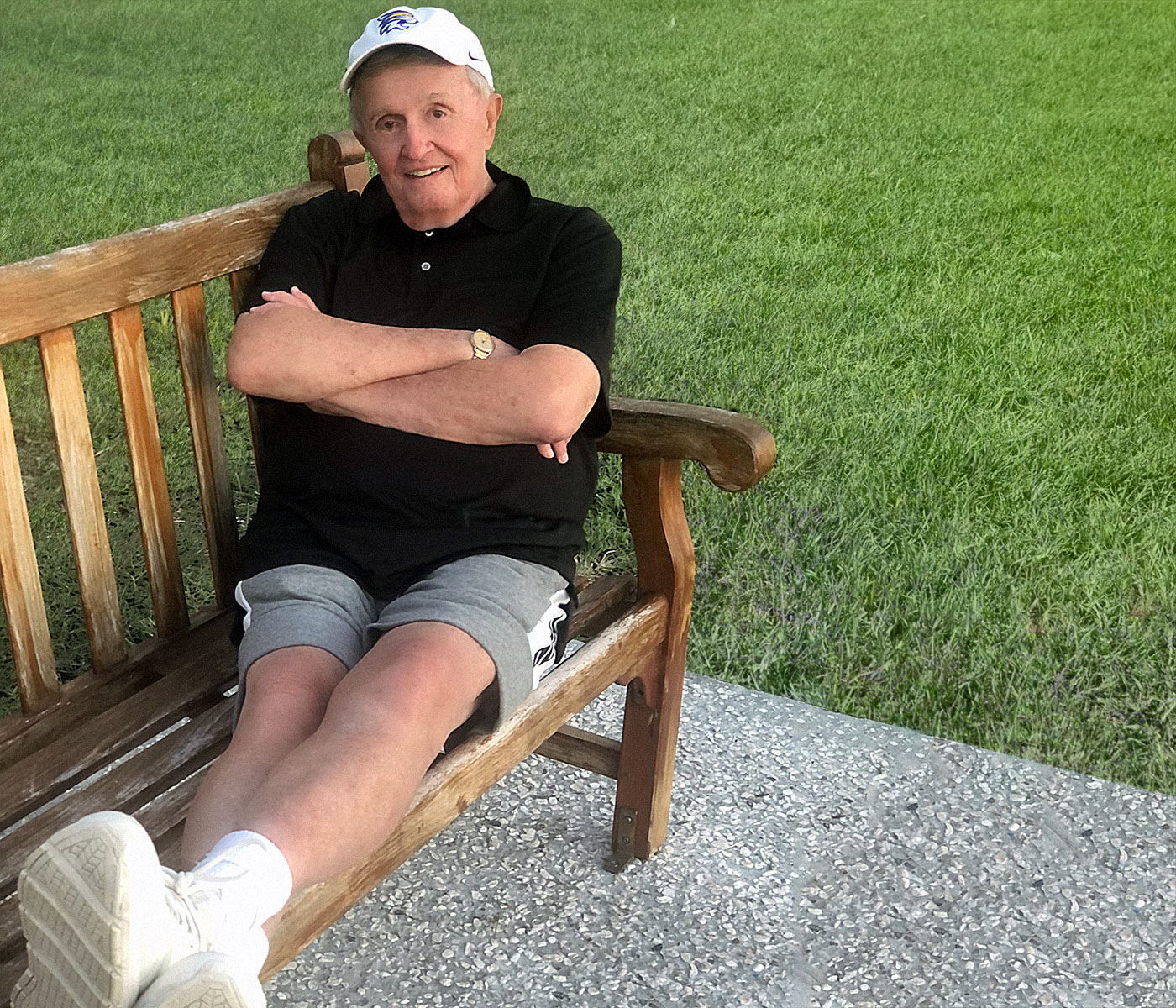 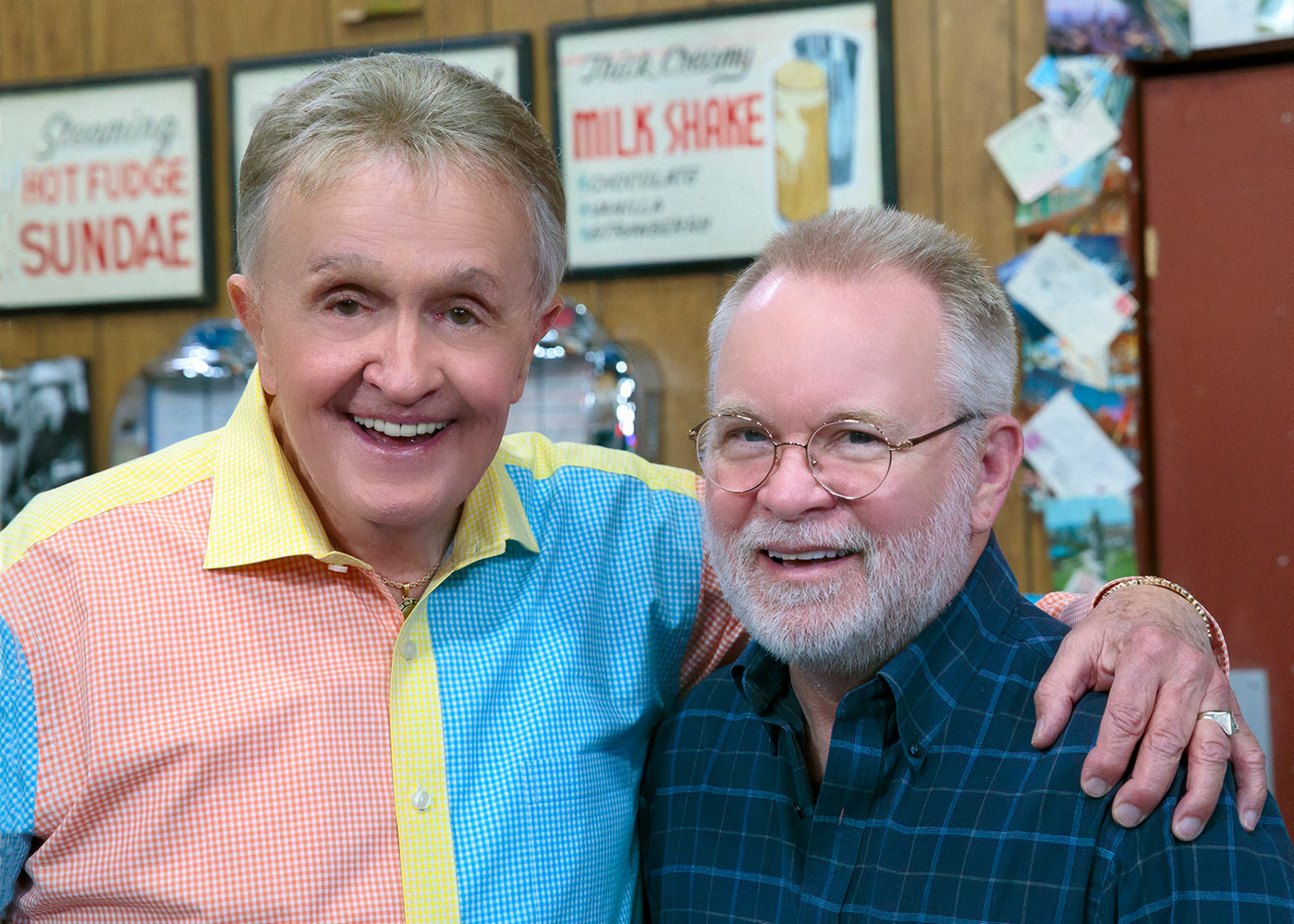 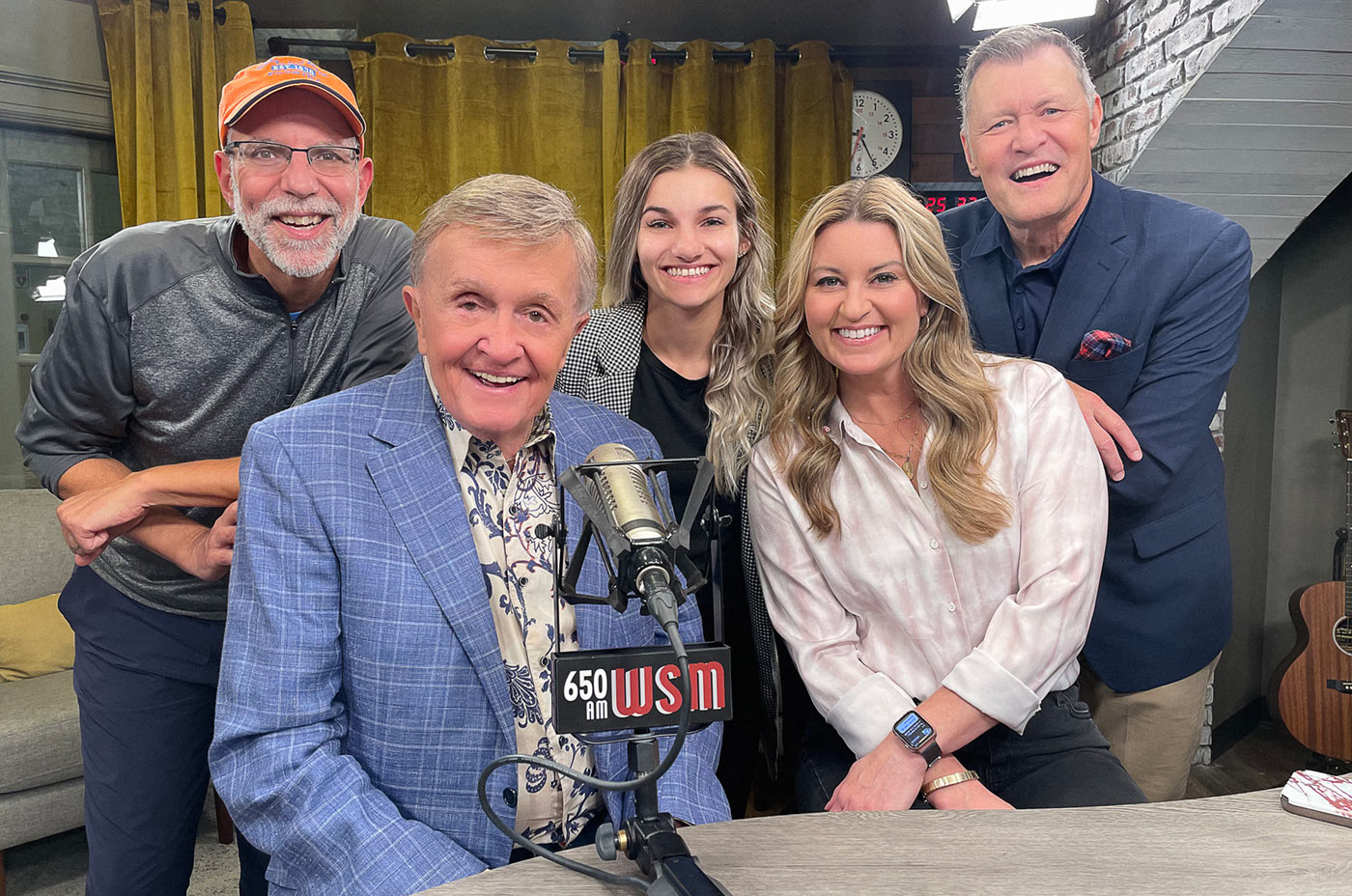 It was a cool experience to stand on the red carpet in the California sunshine, in front of what must certainly be the world’s largest replica of a Grammy Award, and smile for the cameras. You can tell from the look on my face that I was exactly where I wanted to be at that moment. I had no idea that once I got inside and began to walk the carpet that I would run into the newest member of the Grand Ole Opry and fellow Grammy nominee, Ashley McBride. I had never met her, so I just walked up to her and said, “I can’t believe I had to come all the way to California to tell you, ‘Welcome to the Opry family!” We both laughed, and someone suggested we pose for a picture together in front of the Grammy and CBS logos. She and Carly Pearce were Grammy winners later in the evening, and I was happy for both our “Opry girls.” My son, Jamey, and I went to the Universal Records party following the Grammy telecast, and it was the perfect way to wrap up an exciting day and night. 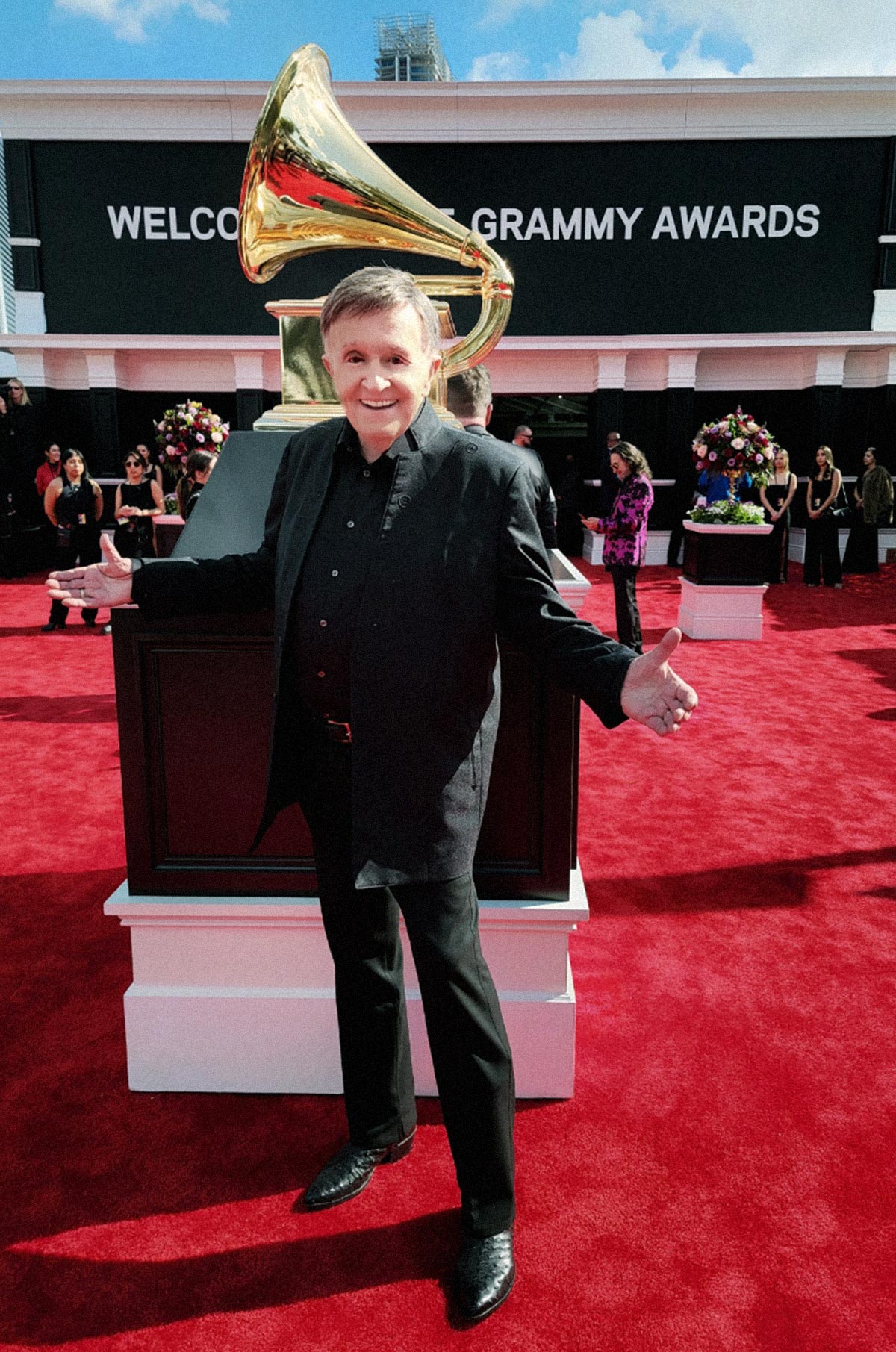 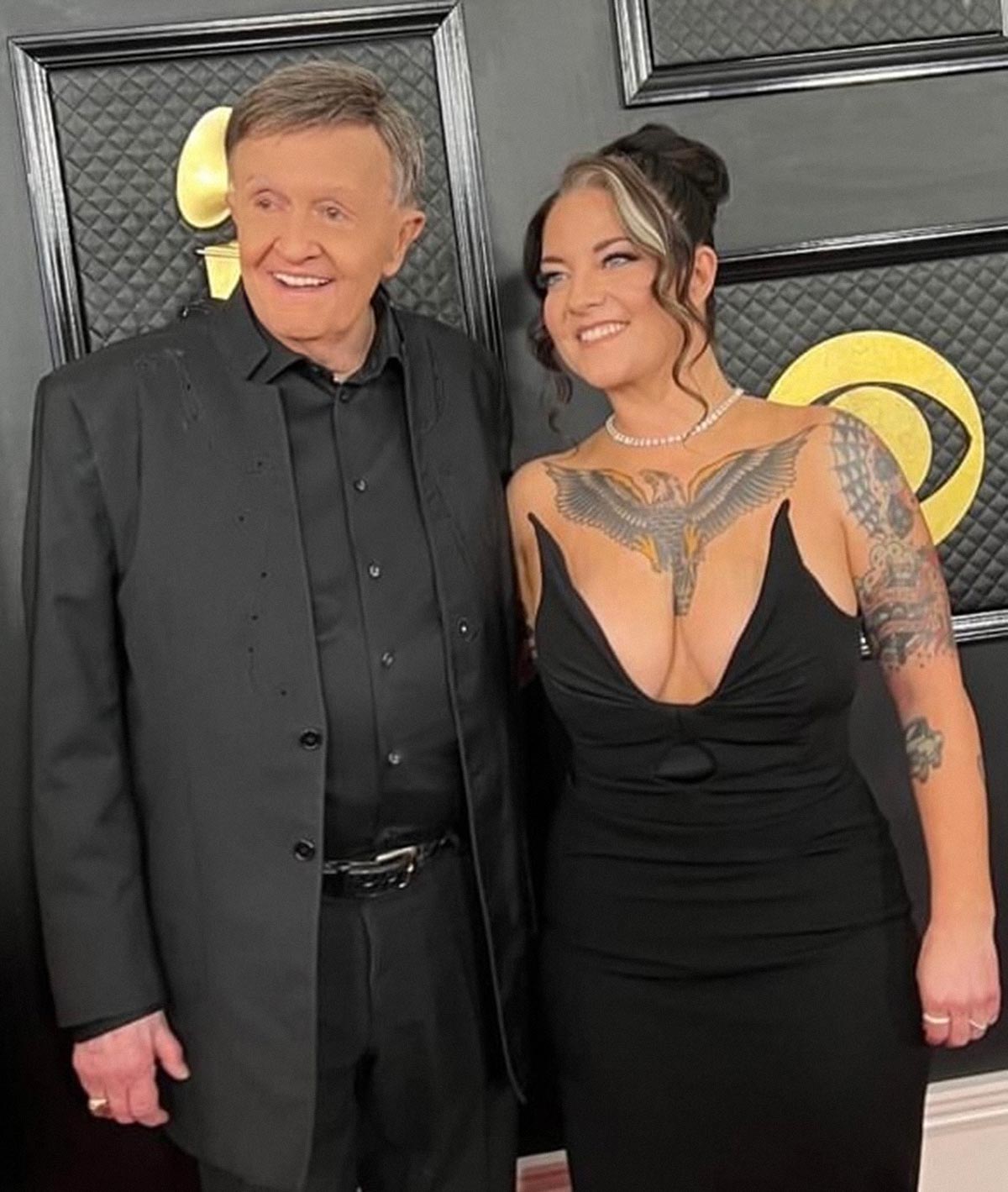 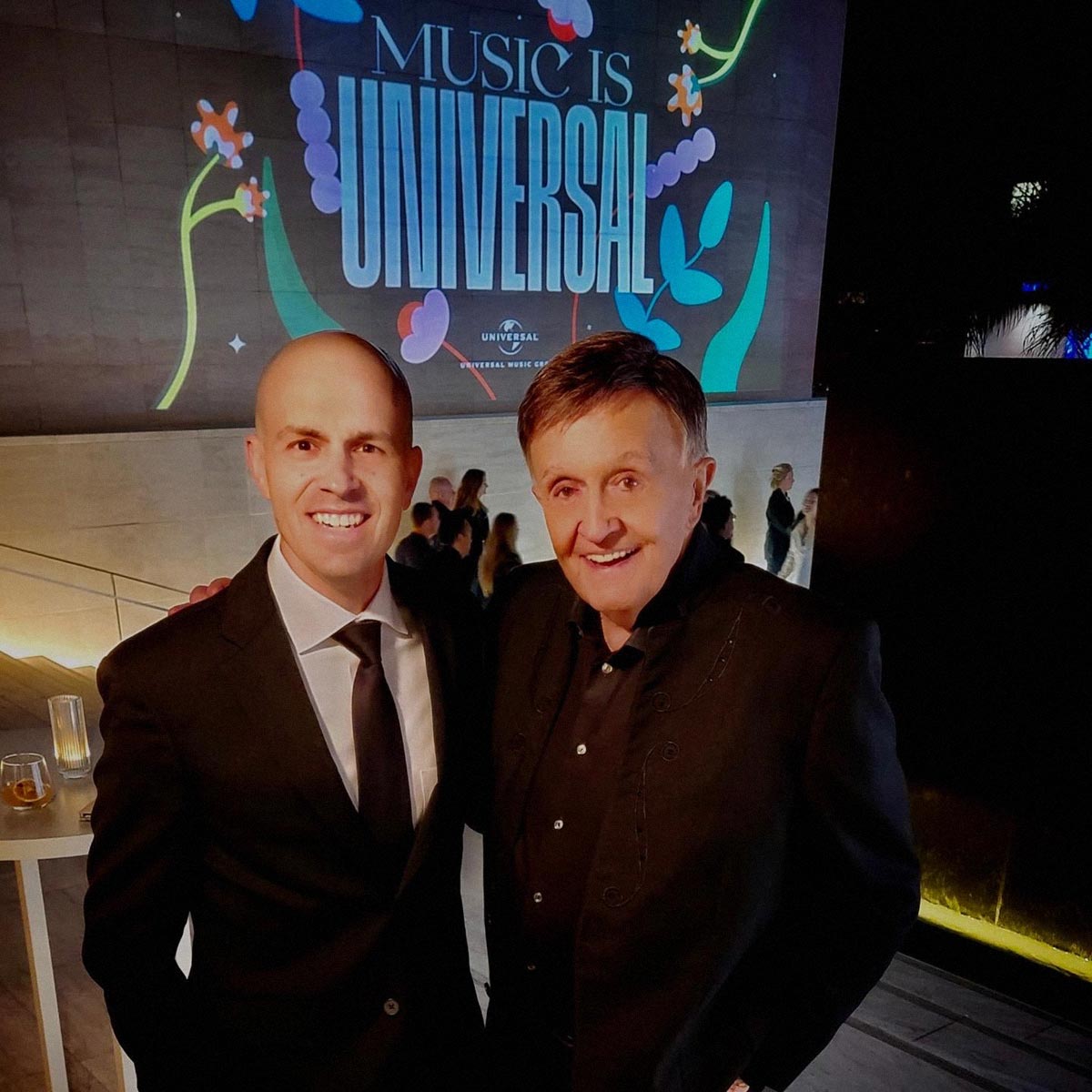 The night of my final Opry appearance of 2022, Rhonda Vincent and I posed in front of the Grand Ole Opry wall backstage to wish our fans and friends a Merry Christmas. And I hope that what each and every one of you enjoyed! The second picture is of Peter Cooper and me together at the Hall of Fame two days after the opening of my “As Far As I Can See” exhibit in 2021. He interviewed me that day on stage in the Ford Theater, and wore his retro Atlanta Braves baseball cap in recognition of our both being longtime fans of the team. In the last picture, Charlie Monk and I were sharing a laugh inside the Sirius/XM radio theater the day he interviewed me regarding the release of my autobiography in 2016. A few days after Charlie passed away, Sirius re-aired that interview, and I remembered all over again what a special friend and talented man he was. 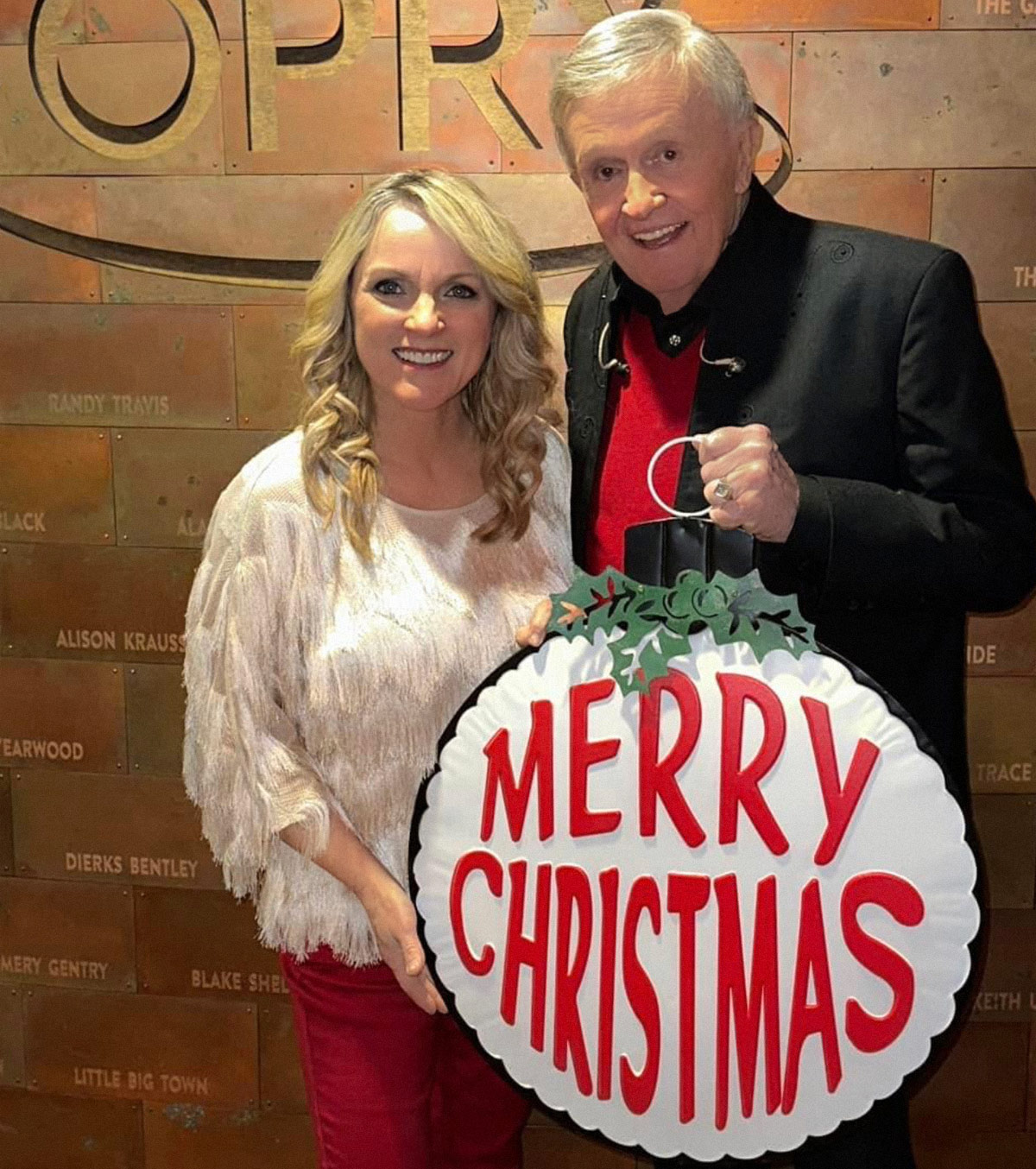 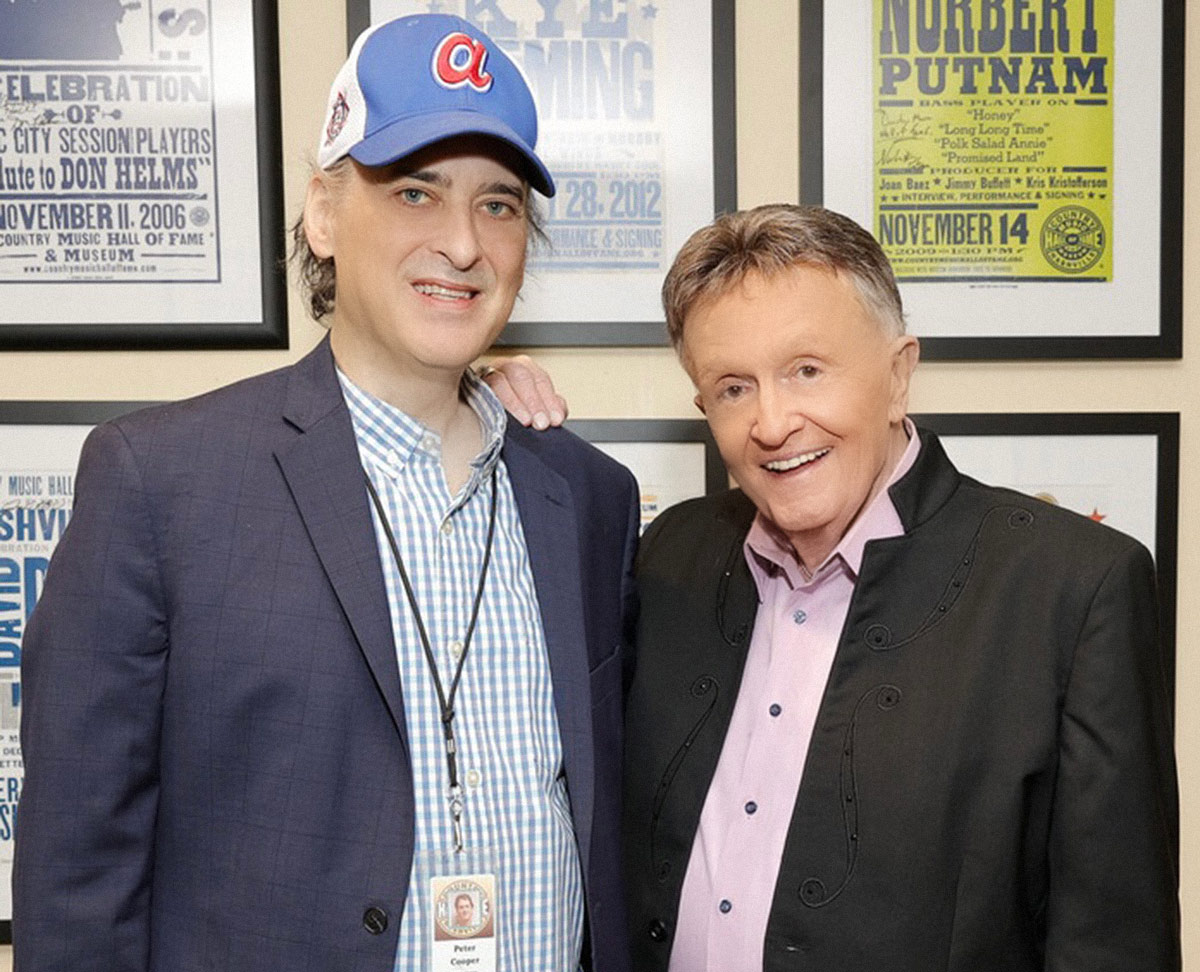 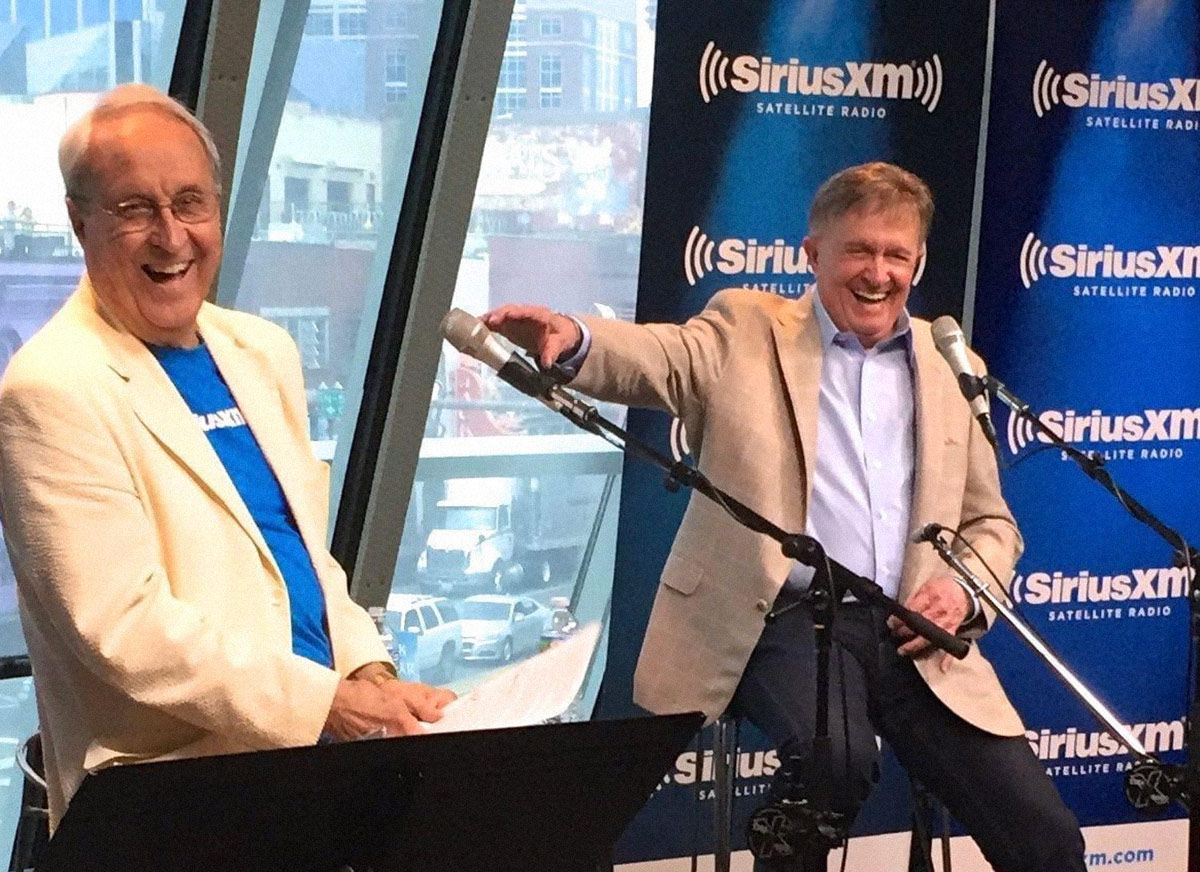 Not only did my granddaughter, Hallie, attend the CMA Awards with me, she also joined me in walking the red carpet prior to the show. She spoke right up and was amazingly poised when the various interviewers talked with her and asked her questions. I was extremely proud. Here we are seen talking to a reporter from KABC in Los Angeles. The second picture was actually taken in a cemetery, but we deleted the tombstones. This is me with my daughters, Jenni (L), and Terri (R), when we visited the old Anderson homeplace recently in Pike County, Georgia. There is an Anderson Family Cemetery on the property that the girls had never seen, with some of the graves dating back to the Civil War. We spent a couple of days getting in touch with our “roots,” and in the process, learned a lot about our family and ourselves. The third picture was taken at a football game in November when my #1 ranked Georgia Bulldogs played the University of Tennessee at Sanford Stadium in Athens. You can tell from my attire who I was cheering for! I’ve been in that stadium many times, but never heard it as loud as it was that afternoon. All I can say as the college playoffs approach is, “Go ‘Dawgs!” 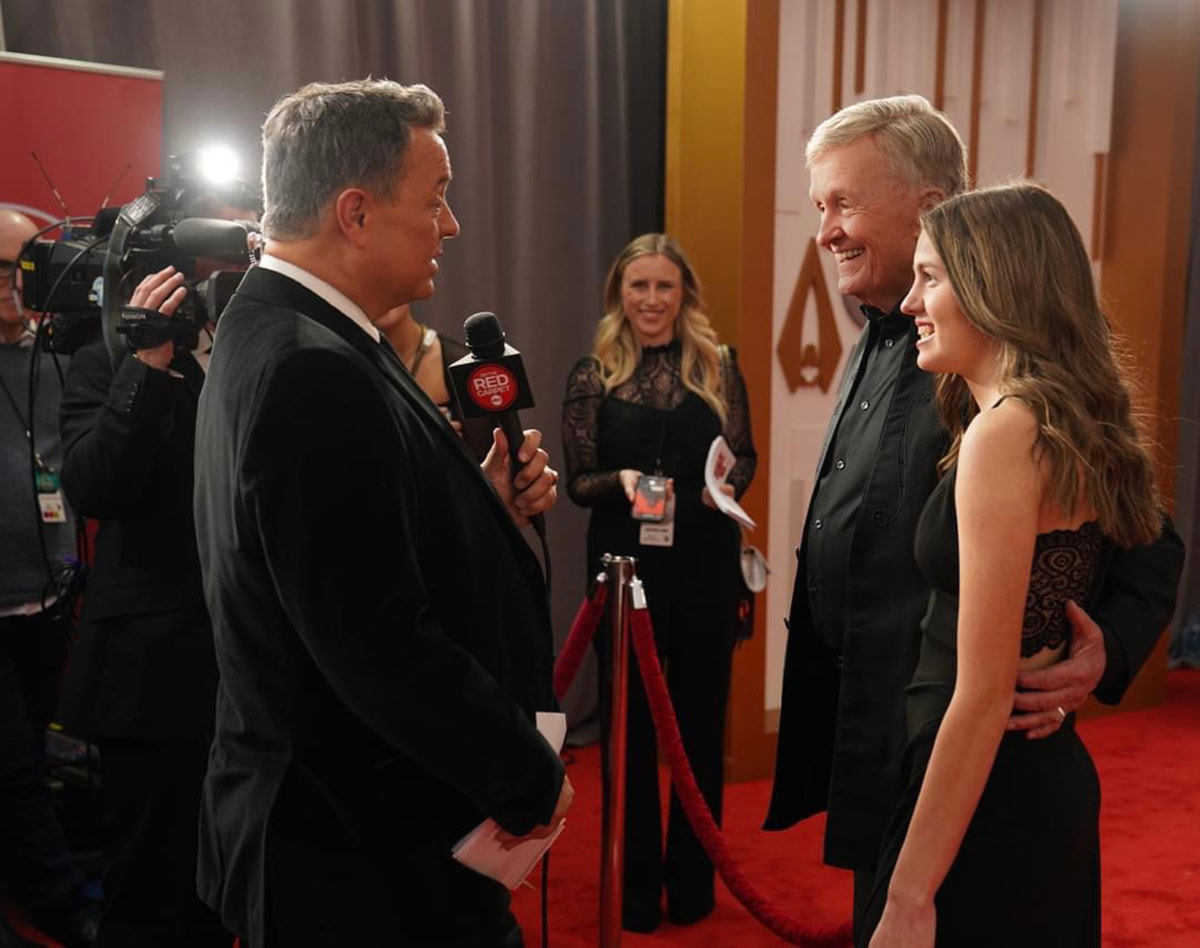 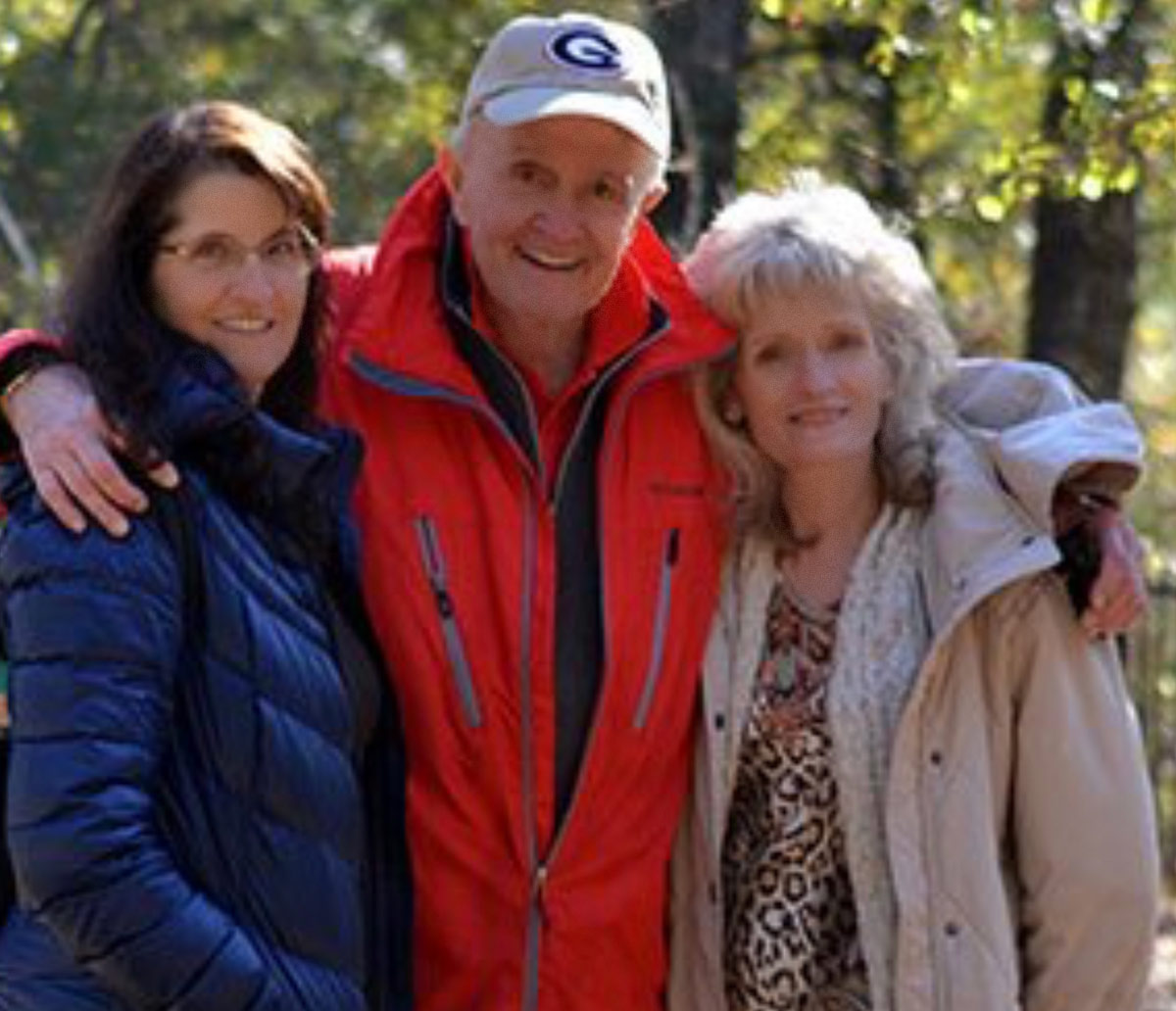 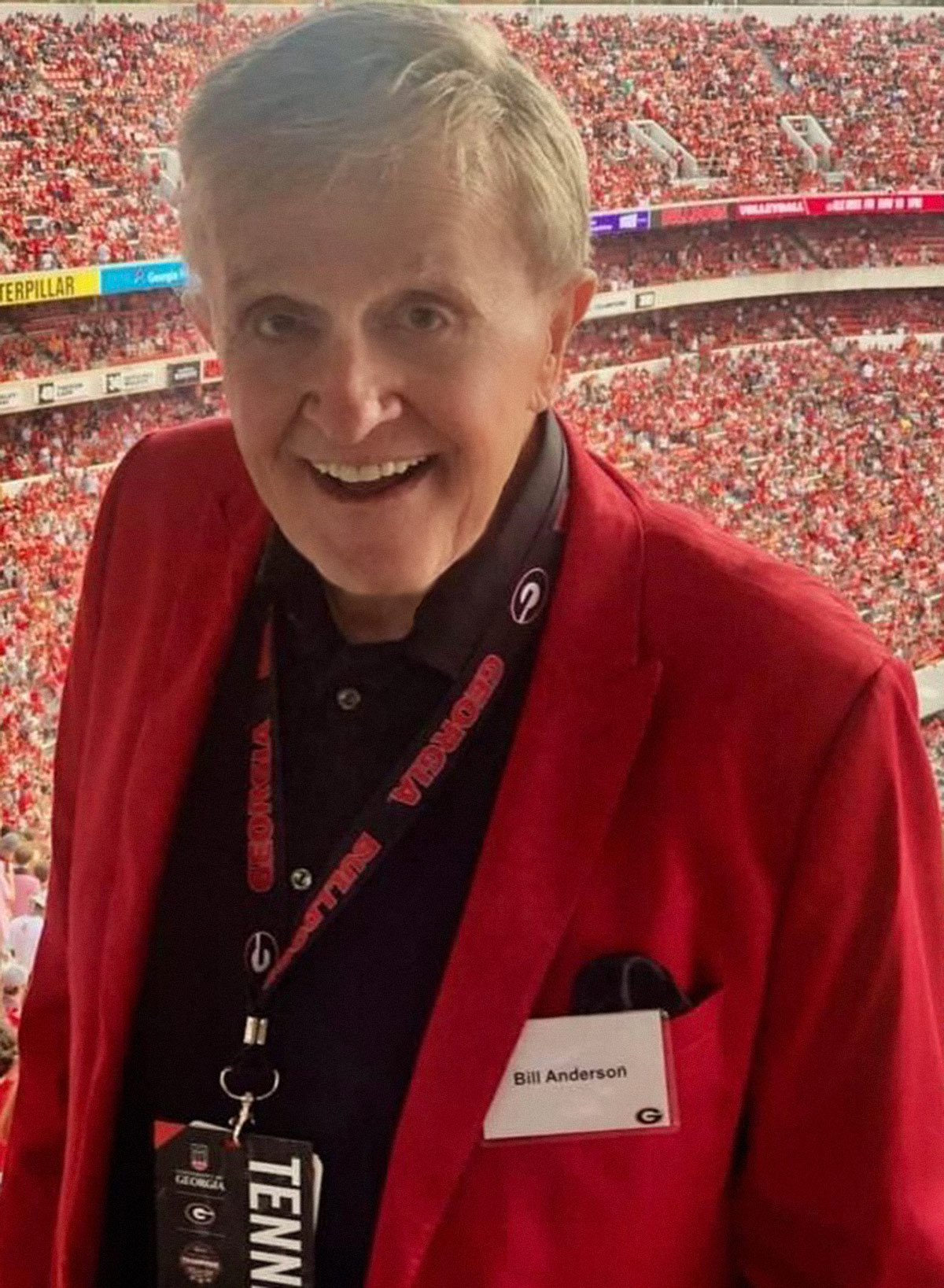