Skip to content
Menu
What an incredible night it was for me at the Ryman Auditorium last night when the Nashville Songwriters Association, International, presented me with their prestigious Kris Kristofferson Lifetime Achievement Award for songwriting. I thought you might like to see a few pictures from the evening.
My friend, Vickie Salas, Jon Randall, and I had time for a backstage visit before the proceedings got underway. Special times are made even more special when my children can be with me, and all three were there last night, Jenni, Terri, and Jamey. Darrius Rucker sang “City Lights” in my honor, and NSAI president, Steve Bogard, presented me with the award itself. Later, singers Jewel, Jamey Johnson, Jessi Alexander, and Jon Randall paused for a group photo backstage. Jamey had sung our song, “Give It Away,” earlier in the night, and later joined Jon and Jessi for their version of “Whiskey Lullaby,” which earned a standing ovation from the sold-out crowd.
Blake Shelton was there, too, and in true Blake style, we spent a few minutes visiting and being very NON-serious.

All in all it was a once-in-a-lifetime happening for me, and my thanks go out to all those who helped make it possible.

What an incredible moment I experienced this morning when my son, Jamey, called to tell me that Dolly Parton and I have a Grammy nomination for our recording of “Someday It’ll All Make Sense.” He heard the news on the radio while he was out running errands and was the first to share it with me. There are so many people to thank, starting with Dolly Parton, who was so gracious to lend her incredible talents to the record. To my co-writers on the song, Bobby Tomberlin and Ryan Larkins; to the record producer, Thomm Jutz; to Cindy Mabe and her staff at Universal Nashville, who believed from the beginning, as did Rusty Gaston and his staff at Sony Music Publishing….thank you, thank you, thank you. We haven’t won anything yet, but being a nominee makes me feel like a winner. My heart is overflowing with excitement and gratitude.

My 14-year-old granddaughter, Hallie, called it, “the best night of my life,” and it was a high-water mark for mine when I took her with me to the CMA Awards on November 9th.
She loves country music more than any of my grandchildren, and experiencing “country music’s biggest night” with her was something neither of us will soon forget. Prior to the show, we walked the red carpet together, and I kept assuring the reporters and photographers that I was, “not robbing the cradle”…that my “date” was my granddaughter.
She loved meeting many of her favorite performers and was thrilled when her very favorite Luke Combs, won Entertainer Of The Year. Moments before his award she had taken a selfie with him. I couldn’t have gotten the smile off her face with a chisel.
I’ve been blessed with many magical moments in my life and my career, and this was definitely one of the best. 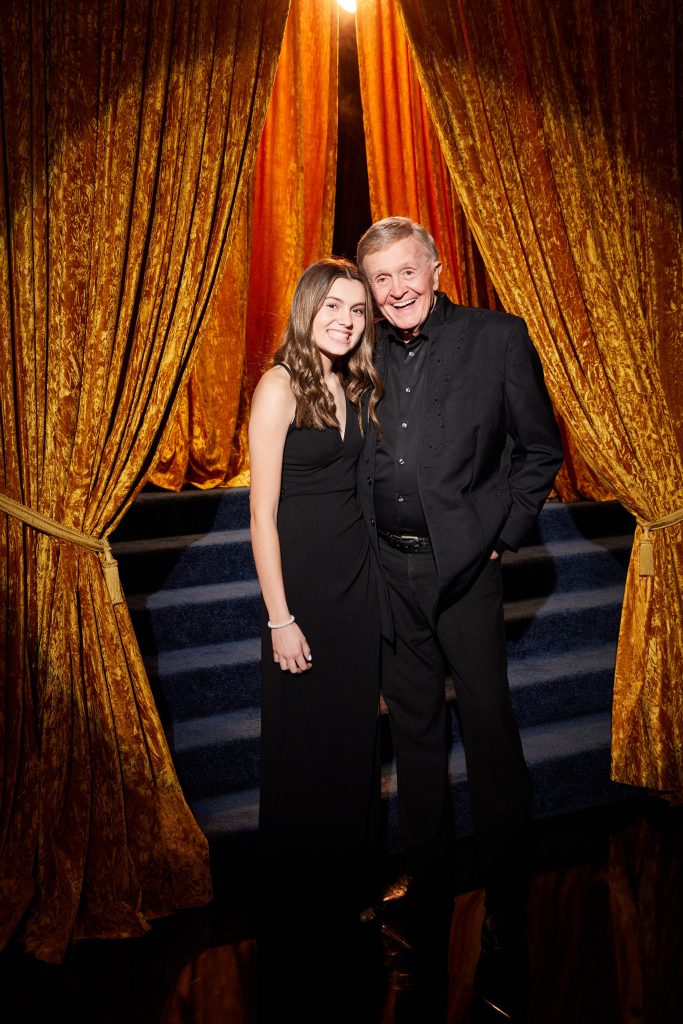 The world has lost a treasured icon, and I have lost a friend of more than sixty years. I have so many wonderful memories of touring with Loretta, sharing stages all over the world, laughing together, and admiring her strength and tenacity. She was one of a kind as a singer, songwriter, and human being. We are all better off for her having walked among us. 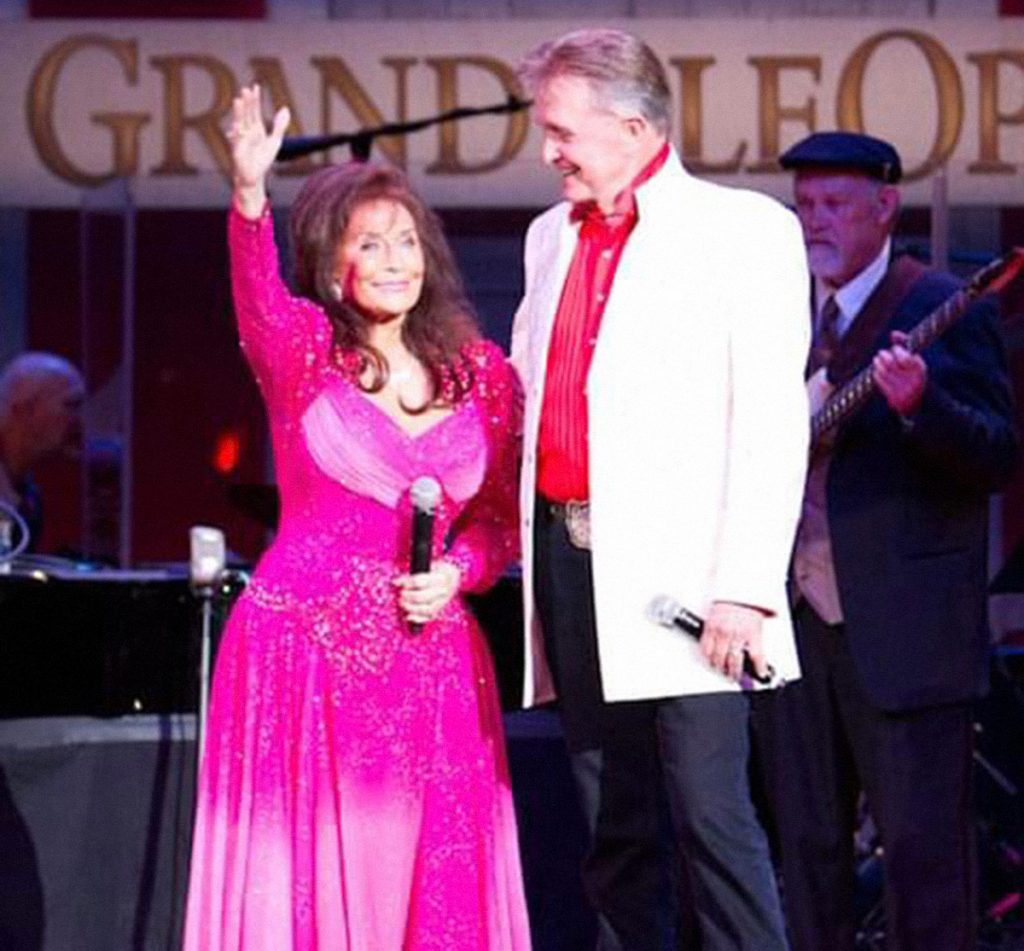