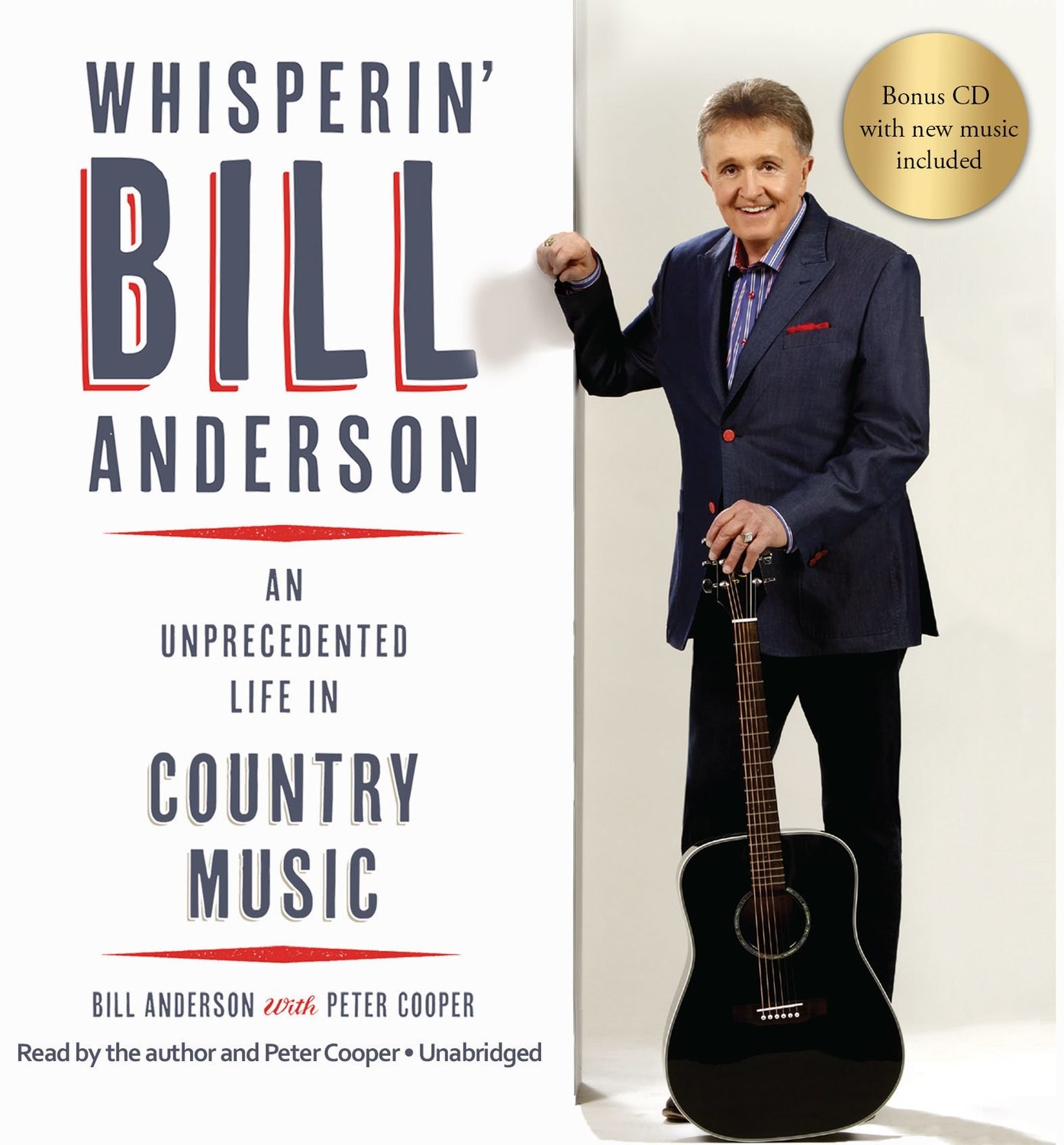 AULICMAudio
$15.00
Get a signed Christmas card when you order this product while supplies last
In stock
1
Product Details

Get Bill's Whisperin’ Bill Anderson: An Unprecedented Life In Country Music on CD! Bonus CD with new music from Bill! Hear Bill reading the book, telling the stories in his own words! Interludes Read By Peter Cooper.

Whisperin’ Bill Anderson: An Unprecedented Life In Country Music is a audio book representation of Anderson’s journey, and published by University of Georgia Press. Read by Bill Anderson himself it features eye-opening personal stories from his nearly eighty years of living – from early days of radio broadcasting in Georgia, to standing alongside the greatest country music stars in the world onstage at the Grand Ole Opry, to meeting Elvis Presley, to being named BMI’s first ICON Award winner in the country music genre.