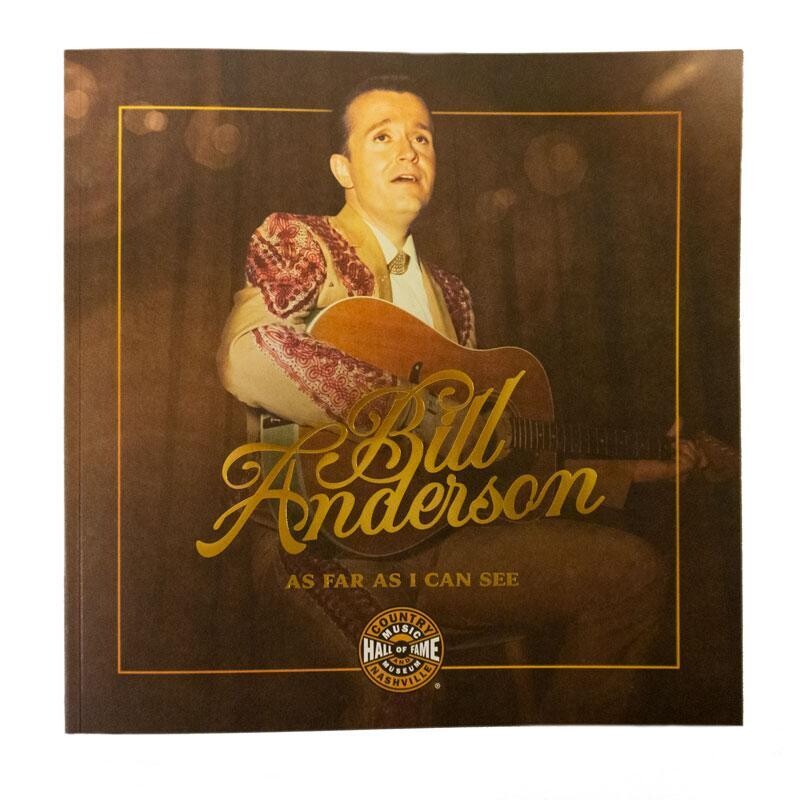 Bill Anderson: As Far As I Can See Exhibit Book - PERSONALLY SIGNED!

One of the most decorated songwriters in history, Country Music Hall of Fame member Bill Anderson broke into the music business with "City Lights," which he penned at the age of nineteen. When Ray Price released the song in 1958 on Columbia Records, it became a country #1, and a hitmaking career that spans eight decades and has touched millions was launched.

The book complements the Country Music Hall of Fame and Museum's exhibition Bill Anderson: As Far as I Can See, and it contains a foreword from fellow Grand Ole Opry star Jeannie Seely, along with personal photographs and significant artifact images are rarely seen.