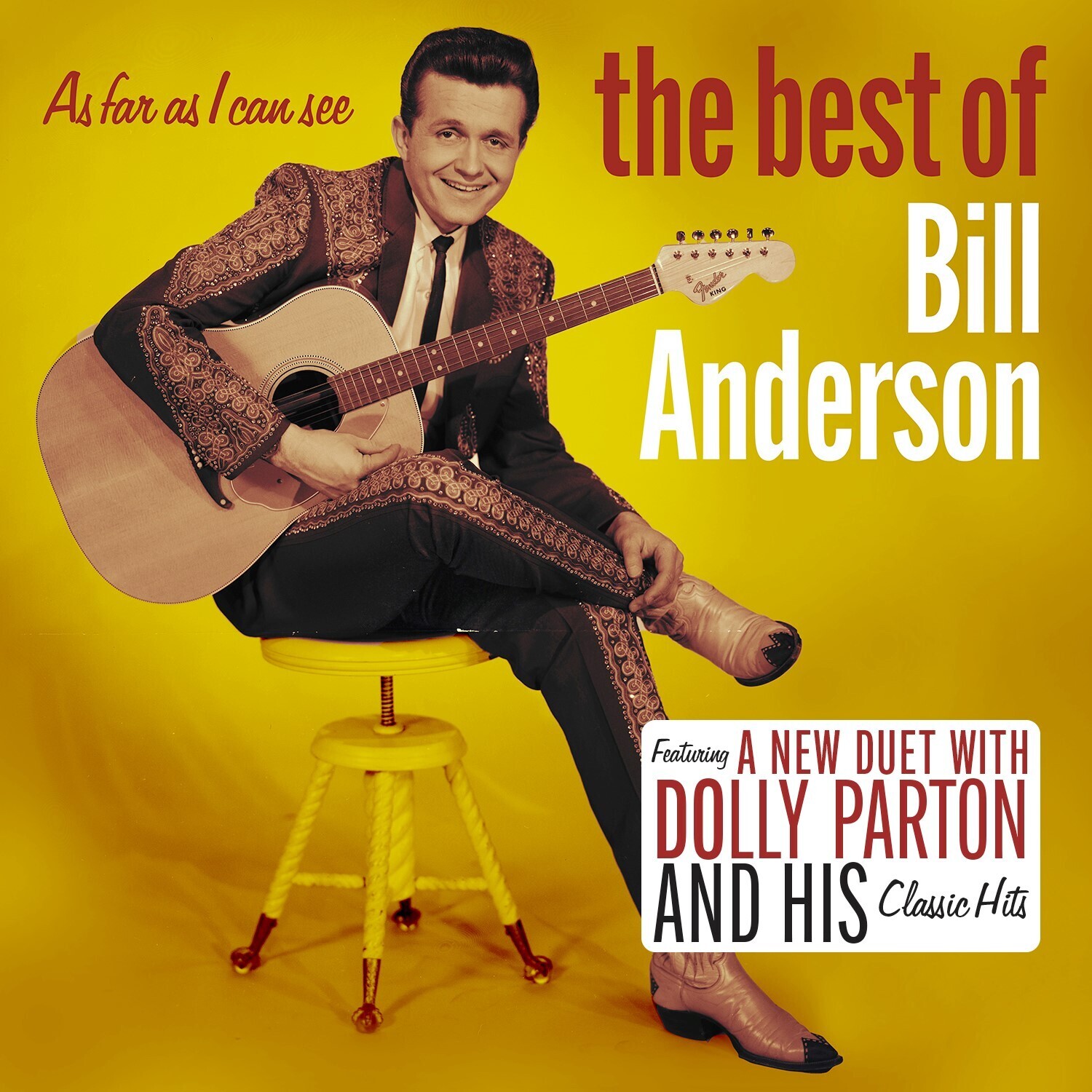 Bill Anderson As Far as I Can See - CD

The collection of sixteen songs shares its name with the current exhibition at the Country Music Hall of Fame, Bill Anderson: As Far As I Can See, and comes from the opening line of one of the first songs he ever wrote, “City Lights,” the country classic that was a hit for Ray Price in 1958 In addition to such beloved songs as “City Lights,” “Still,” Po’ Folks,” The Tip Of My Fingers,” and “Sometimes,” the album features a new song with country icon Dolly Parton, “Someday It’ll All Make Sense.” The newly recorded duet is joined by Anderson and Parton’s first-ever collaboration, an incredibly rare demo of “If It Is All The Same To You,” recorded in 1964 and eventually released as a duet with Jan Howard on Anderson’s chart-topping 1969 album of the same name. As Far As I Can See: The Best Of, is being released by MCA Nashville/UMe, which has been Anderson’s label home for most of his seven-decade long career. The new project is being released in conjunction with the first-time digital release of seven of Anderson’s albums from the 1960s, available HERE.

As Far As I Can See: The Best OF