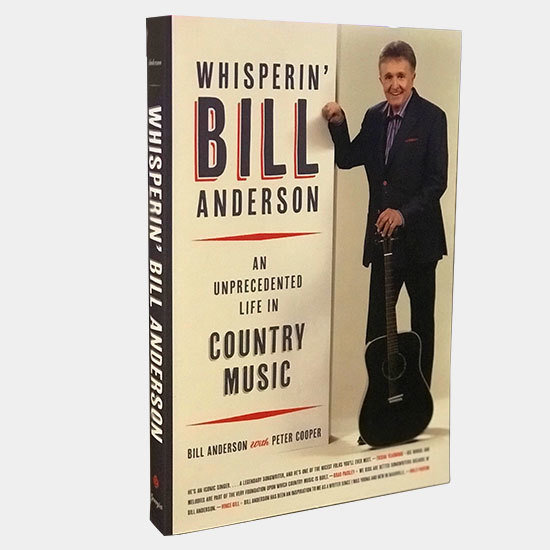 Whisperin’ Bill Anderson: An Unprecedented Life In Country Music is a 360-page representation of Anderson’s journey, and published by University of Georgia Press. It features rare, never-before-seen photos and eye-opening personal stories from his nearly eighty years of living – from early days of radio broadcasting in Georgia, to standing alongside the greatest country music stars in the world onstage at the Grand Ole Opry, to meeting Elvis Presley, to being named BMI’s first ICON Award winner in the country music genre.