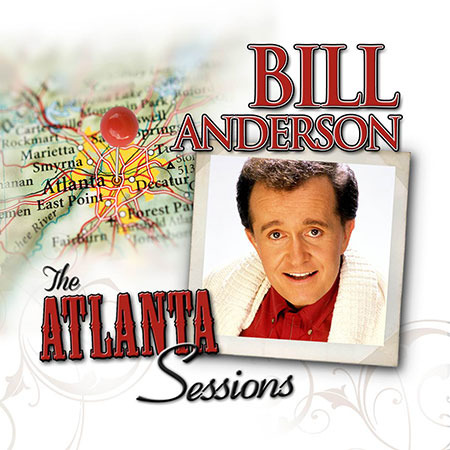 In the early 1980's, after having recorded for Decca/MCA Records for 23-years, Bill suddenly found himself without a recording-label home. He phoned the legendary Bill Lowery in Atlanta, and asked him if he might have room for a whisperin' hillbilly on the roster at his newly-formed Southern Tracks records. Mr. Lowery said he certainly did, so Bill went back to his old hometown and cut 16-sides for a man he had known and admired since he was a teenager. The two Bill's had some success together, too, their first release, "Southern Fried," reaching the Top 40 in the national charts. A few years after Mr. Lowery's death, his family decided to discontinue the business, and Bill was able to obtain the rights to his old recordings. He is offering them here digitally remastered and on CD for the first time.

This is a wide and varied musical collection, featuring everything from hard country songs like "Your Eyes" and "Lovin' Tonight" all the way to the disco-flavored "I Never Get Enough Of You." Two videos from the period are also included on a special DVD inside this package.

We hope you will enjoy travelling with us back in time, and back to the Atlanta area where it all first began.